What is Fibromyalgia?
Fibromyalgia is a complex chronic pain syndrome that can affect a person physically, socially, and mentally. It is characterized by chronic widespread pain, multiple tender points, abnormal pain processing, sleep disturbances, fatigue, or even psychological distress. The underlying cause of fibromyalgia remains a mystery, but may be different for each patient. While there may be some genetic component, it is believed that most often there is a triggering factor (some sort of physical or emotional stressor) that activates fibromyalgia. There is a current agreement that fibromyalgia is a disorder of processing of the central nervous system. A fibromyalgia patient feels an abnormal amplification of pain due to irregular sensory processing in the central nervous system.

Syndrome – A group of symptoms that consistently occur together or a condition characterized by a set of associated symptoms. (No relation to a specific, identifiable cause)

Who gets Fibromyalgia?
It is estimated that fibromyalgia affects nearly 10 million people in the United States, and approximately 3-6% of the world population. Fibromyalgia can occur in people of all ages, even children. However, fibromyalgia is more common in women. The diagnosis is usually made between the ages of 20 to 50 years of age.

What are the symptoms of fibromyalgia?

What else could these symptoms mean?
These symptoms could be associated with other disorders like osteoarthritis, inflammatory arthritis, chronic fatigue syndrome, or even structural skeletal abnormalities. In order to be properly diagnosed, see your primary care physician. 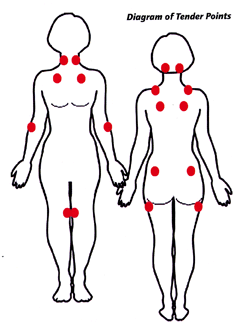 How is fibromyalgia diagnosed?
To receive a diagnosis of FM, the patient must meet the following diagnostic criteria: (based on the American College of Rheumatology, 2010 Fibromyalgia classification criteria)

How is fibromyalgia treated? 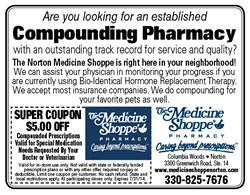